Looking back to look forward.

In 1916, the year my father was born, we only knew of our own galaxy. Think about that for a moment…

We did not think there were any other galaxies. Consider that in just over one lifetime, we have now observed/measured two black holes colliding with the Advanced Laser Interferometer Gravitational-wave Observatory (LIGO). Gravitational waves. We have come a long way. Perhaps.

Just as naively, many of the greatest minds of the earliest 20th century where adamant that producing energy from the breaking down of atoms was nothing more than “moonshine”. In fact, Sir Ernest Rutherford’s famous declaration [and centuries of ‘evidence’] was totally upended less than twenty-fours hours later by Leo Szilard when he announced the nuclear chain-reaction. He conceived the nuclear chain reaction in 1933, patented the idea of a nuclear reactor with Enrico Fermi in 1934, and in late 1939 wrote the letter for Albert Einstein’s signature that resulted in the Manhattan Project that built the atomic bomb. The rest they say, is history.

That was completed in less time than the average student spends in school.

In the span of my father’s and my own life-times, Nikolai Kardashev (a Russian Physicist) posited in 1964 what is now known as the “Kardashev Scale”.  Kardashev was looking for signs of extraterrestrial life within cosmic signals and developed a scale of energy/power usage.

The scale is hypothetical, and regards energy consumption on a cosmic scale.

The salient point here is to note that the human race and planet earth is NOT on this scale.

Even more puzzling is the growing awareness of the silence/lack of any obvious other example of a Type 1 or greater civilization anywhere in the observable universe.

We understand the universe to be 13.8 billion years old.

This is the Fermi Paradox, or more colloquially understood as “where is everybody?”.

The Fermi paradox is named after the aforementioned physicist Enrico Fermi and refers to the apparent contradiction between the lack of evidence for and various high probability estimates of the existence of extraterrestrial civilizations elsewhere in just the (our) Milky Way galaxy.

According to this line of reasoning, the Earth should have already been visited by extraterrestrial aliens, or at least their probes.

This may sound far-fetched, yet the law of big numbers is compelling. Many have described this as the challenge of all intelligent life. At some point, life “cracks the atom” and then faces “the great filter”.

This probability threshold, which could lie behind us (in our past) or in front of us (in our future), might work as a barrier to the evolution of intelligent life, or as a high probability of self-destruction. The main counter-intuitive conclusion of this observation is that the easier it was for life to evolve to our stage, the bleaker our future chances probably are.

The idea was first proposed in an online essay titled “The Great Filter – Are We Almost Past It?“, written by economist Robin Hanson. The first version was written in August 1996 and the article was last updated on September 15, 1998.

Using extinct civilizations such as Easter Island as models, a study conducted in 2018 posited that climate change induced by “energy intensive” civilizations may prevent sustainability within such civilizations, thus explaining the lack of evidence for intelligent extraterrestrial life.

Whatever the case, the notion of the anthropocene is increasingly valid and the national and global debates over energy sources, current and future, have starkly different trajectories for both the short term quality of life of millions and frankly, the sustainability of human civilization. 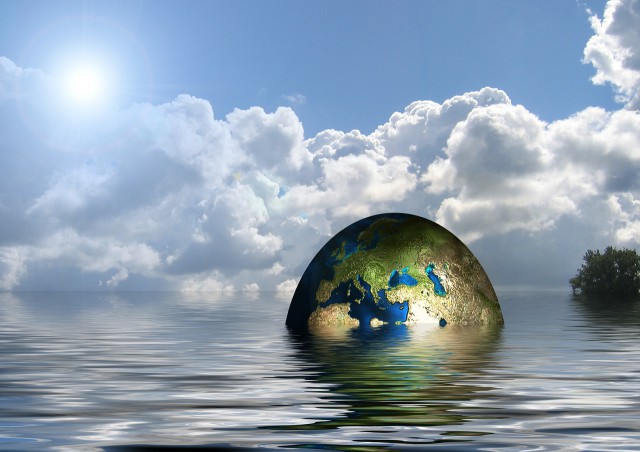 With no evidence of intelligent life other than ourselves, it appears that the process of starting with a star and ending with “advanced explosive lasting life” must be unlikely. This implies that at least one step in this process must be improbable. Hanson’s list, while incomplete, describes the following nine steps in an “evolutionary path” that results in the colonization of the observable universe:

A sobering thought [understatement] when considering energy and climate policies that will set trajectories for life-times to come.

It would be useful to have a few more Type 1 People in public life don’t you think?

Michio Kaku is an American theoretical physicist and as early as 1991, was expressing as similar concern.

I couldn’t send such a diatribe without a reference to the venerable (and increasingly prescient) Carl.

“Science is more than a body of knowledge; it is a way of thinking. I have a foreboding of an America in my children’s or grandchildren’s time—when the United States is a service and information economy; when nearly all the key manufacturing industries have slipped away to other countries; when awesome technological powers are in the hands of a very few, and no one representing the public interest can even grasp the issues; when the people have lost the ability to set their own agendas or knowledgeably question those in authority; when, clutching our crystals and nervously consulting our horoscopes, our critical faculties in decline, unable to distinguish between what feels good and what’s true, we slide, almost without noticing, back into superstition and darkness.”

The Fork in the Road